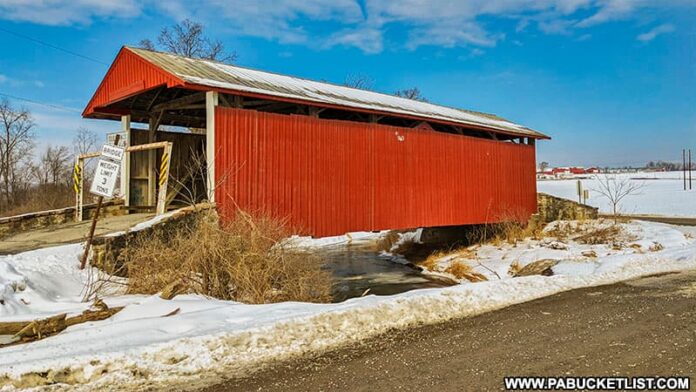 How do I find Hayes Covered Bridge? 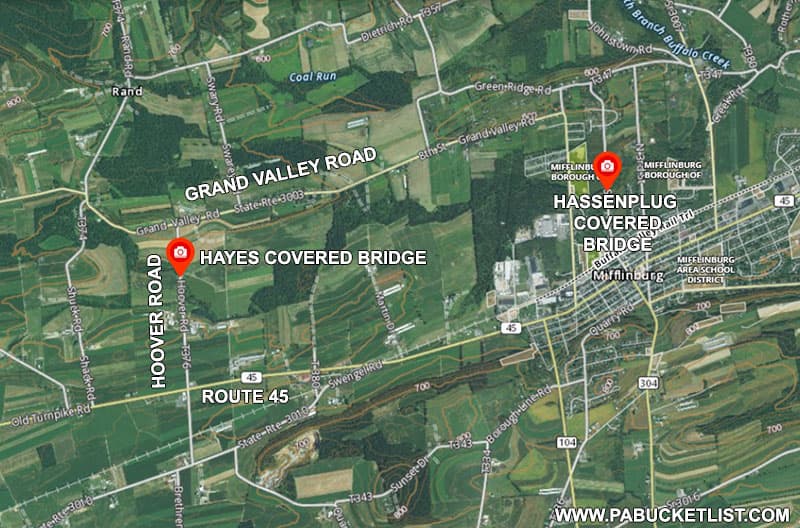 When was Hayes Covered Bridge built? 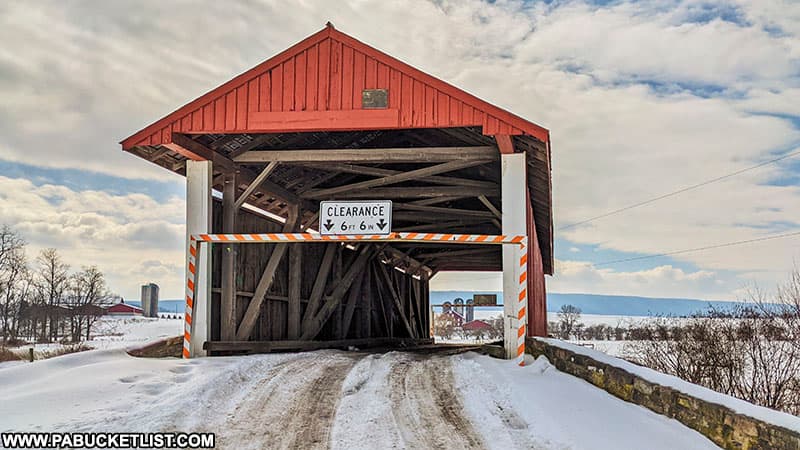 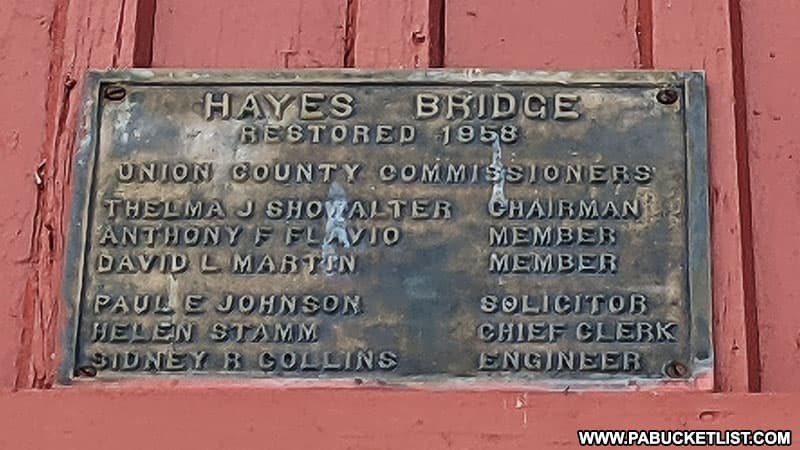 It is, but limited to vehicles under 6 feet 6 inches tall.
All other traffic uses a bypass that circles around it. 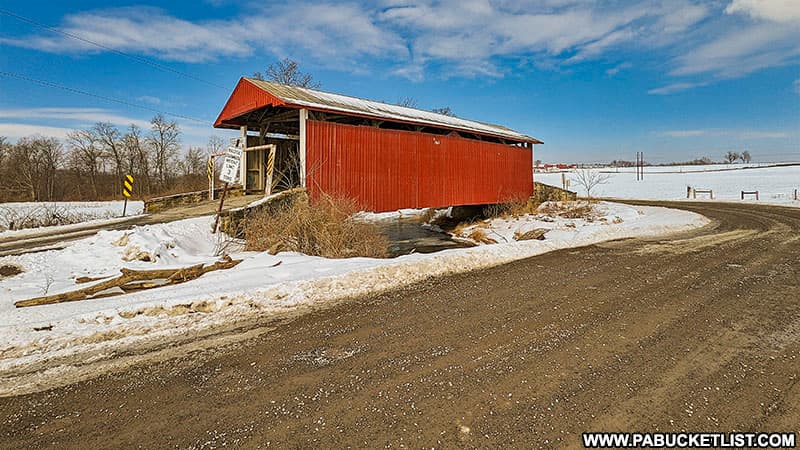 What type of trusses were used in the construction of Hayes Covered Bridge? 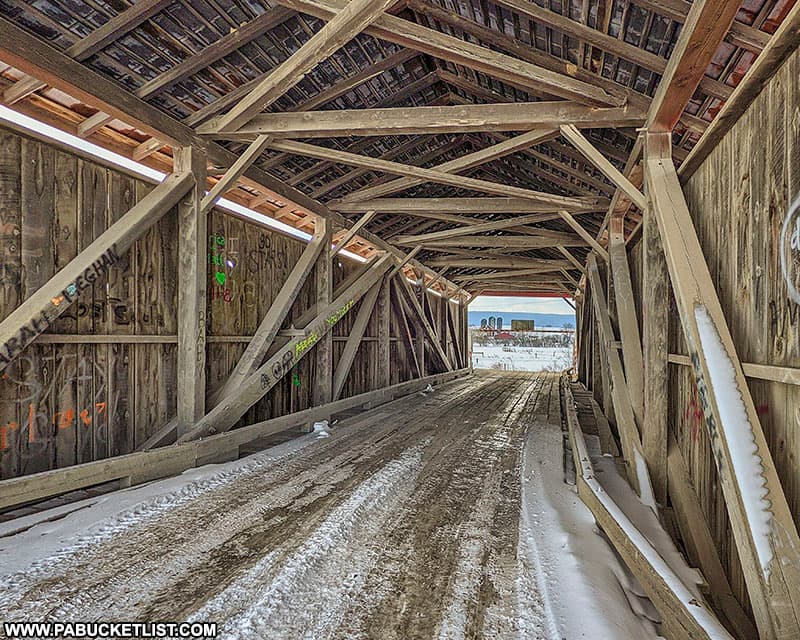 What are the dimensions of Hayes Covered Bridge?

Nearby Millmont Covered Bridge is the LONGEST covered bridge in Union County.

The Abandoned Alvira Munitions Bunkers are a fascinating place to explore the remnants of a WWII military installation, now part of State Game Lands 252 in Union County.

The 8 Best Scenic Overlooks in the Bald Eagle State Forest will introduce you to some of the most amazing vistas in this nearly 195,000 acre expanse spanning 5 counties, including Union County.